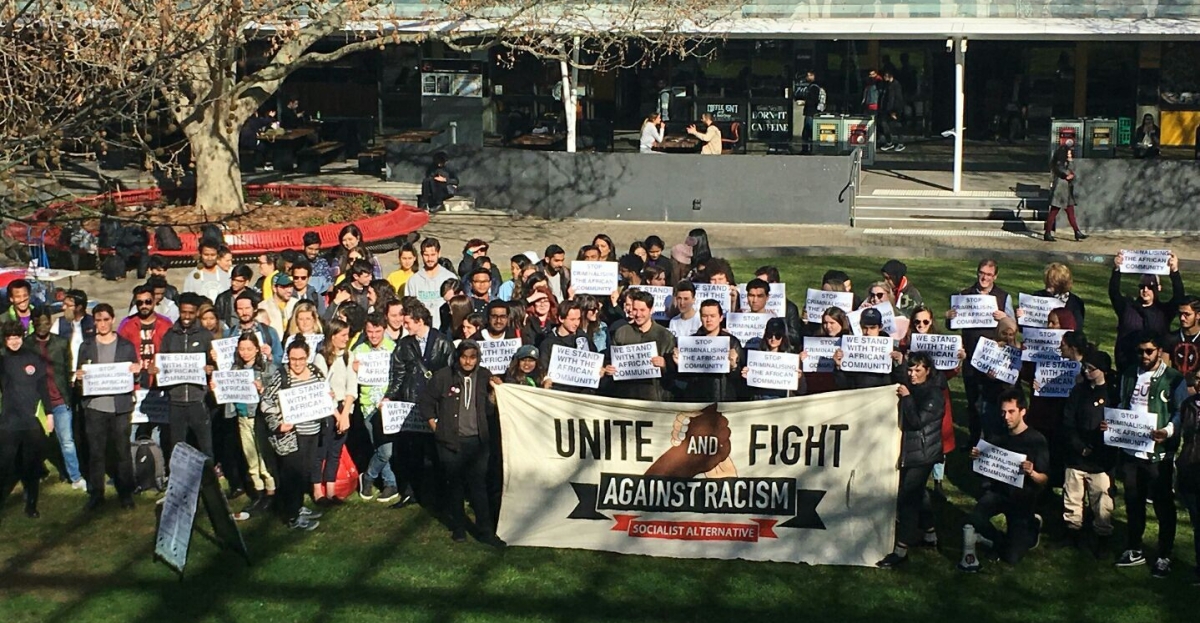 African-Australians in Cooper apprehensive about voting

The 2019 Australian Federal Election was held on 18th May 2019. I got to interview and do a piece on African-Australians opinion on what holds for them in this election.

It was a fantastic opportunity for me being an international student, seeing the elections unfold and deeping my understanding of politics in Australia.

Here’s a link to the published article, followed by text from the article.

With some Australian politicians’ constant rhetoric regarding “African gangs”, it is no surprise that many African-Australians in Cooper are apprehensive about voting.

Although the voting turnout this year has been recorded as being the highest in Australian history, this particular demographic still feels marginalised.

Maimuna Aden, a criminology student at Melbourne University, feels her voting intentions reflect other Australians’; and that she votes for who best represents her values.

“The concept of representation is a bit complex in regards to voting because I don’t feel that as an African Australian, I’m represented by politicians at all,” she said.

“Even if the party I’m voting for is “progressive”, I feel that politics in this country has a long way to go when it comes to race.”

“I know a lot of other young African Australians that aren’t even registered to vote even though they are eligible because they feel it’ll be useless and that they’re not represented,” she added.

Clement Deng is one of 30,000 young Sudanese men who walked for months to reach the safety of refugee camps, at the tender age of nine.

Since arriving in Australia two decades later, he is now an accomplished graduate of a Master of Communications degree, having majored in Journalism Innovation.

Deng blamed illiteracy as being one reason for children of African-Australian families to take to the streets and held governments partly responsible.

“And the same government is quick to blame the children, community and country they come from.”

Deng also said that there is a preference for Labor as the “coalition used [the] Sudanese community as a scapegoat to elevate their status to win votes”.

“It’s not that they don’t know how to vote, but they [Sudanese community] have not strategically [voted],” he said.

According to him, the choice should simply be to vote for someone who will bring the community together as part of a multicultural society rather than isolating communities.

“You can’t start elbowing people and still say that you are embracing multiculturalism – we didn’t come by boat; we didn’t just jump on [a] boat and come here.”

The CEO of the Online Hate Prevention Institute, Andre Oboler, said the general attitude of young African Australians towards political leaders was justified.

“In the lead up to the Victorian election, negative attention was aimed at African youth by politicians from the Coalition but from outside the state,” he said

“Those politicians have a lot to answer for, including the damage they did to their party’s brand in Victoria.

Touching on Senator Anning inciting hate against African youth, Oboler has observed a diversion of attention from Muslims to these youths.

“We also saw others from the right that were attacking Muslims shift part of their focus to inciting hate against the African community and particularly the Sudanese community,” he said.

“This isn’t widespread in society, rather it is a result of those trying to present themselves as leaders trying to point the followers in this direction.”

Chetna Rosunee, a La Trobe University student and president of ‘A Look into African Society’ believes voting is important to determine her rights in a country where she is considered “different” due to her background.

“I always say if you are from an African community, vote for a party that actually correlates with your values and beliefs.”

In July 2018, Channel 7 had tweeted about violence in Australia’s African communities, in an inflammatory and inaccurate manner.

TOMORROW 8.20 @sundaynighton7 | Barely a week goes by when they’re not in the news. African gangs running riot, terrorising, wreaking havoc. Police are hesitant to admit there’s even a problem. The latest attack was just days ago, so what can be done? #SN7 pic.twitter.com/hYzxka9MEV

In response to the social media post, hundreds of people protested outside Channel 7’s headquarters in Melbourne, as well as on campus at La Trobe university.

Rosunee pointed out that the public still has a very negative perception of the African community while the African students’ society at La Trobe university is taking steps to change this.

“The African La Trobe society really helps to break that barrier between Australians and Africans,” she said.

“We saw a lot of Australians, people of different backgrounds standing with us in the Agora, showing the media who we are, and not this stereotype that everyone thinks we are,” she said.

‘The video showcased the Melbourne campus and its quiet spaces. It also offered alternative places to relax outside the library, where napping or using spaces for anything but study is not allowed.’

● A series of Instagram stories, showcasing students working on a culture in a Biology lab. Please click on the link below, it will take you to the highlights.